Private passions for art in a very public arena

A much needed study of Mamontov s Private Opera 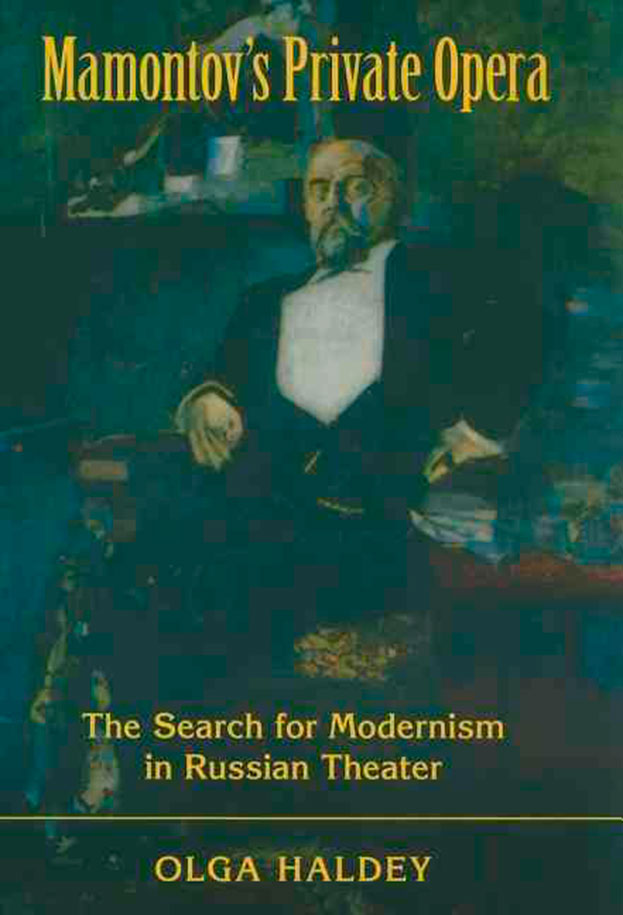 The name of Savva Mamontov (1841-1918) is one that figures prominently for Russian audiences, not least from the famous portraits by artists including Mikhail Vrubel. In the West he is, save for a small number of people, a name that is almost completely unknown besides his role as a wealthy arts patron. Haldey’s work draws our attention to the erudite beginnings of this widely travelled polyglot and railway tycoon by day. Beyond the business activities, however, there lay a deep love for the arts that was prohibited by the constraints of his social status. Away from public view amongst close friends he was a librettist, translator, actor, stage director and sculptor. All of these together fuelled a dynamic enterprise created, sponsored and directed by Mamontov (with a few necessitated pauses as scandalous court cases erupted) from 1885 and 1909the Mamontov Private Opera.

As discussed by Haldey, the MPO quickly became one of the most influential institutions of fin-de-siècle Russia. Mamontov’s pioneering productions saw him collaborating with some of the greatest names of the time across the arts including Nikolai Rimsky-Korakov, Cesar Cui, Mikhail Vrubel, Isaac Levitan, Konstantin Korovin, Fiodor Chaliapin, Sergei Rachmaninov, Sergei Diaghilev and Konstantin Stanislavsky. Indeed, the interdisciplinary nature of Mamontov’s interests is crucial here. In the both quality and originality of prolific work of the MPO, Hadley positions Mamontov’s company as the forerunner to Diaghliev’s Ballets Russes in both its aesthetic stance as well as its far-reaching influence.

Central to Haldey’s investigation of Mamontov is the definition of his understanding of art as embracing an alternative territory that stood outside of Russia’s main artistic trends of nationalism, realism and modernism. Instead, in every aspect of Mamontov’s enterprise, the company looked towards an ideology that summarises itself through the mantra of “art for art’s sake”. In this belief, Haldey notes that “from the moment [the MPO] opened its doors, Mamontov’s company positioned itself at the epicentre of the cataclysmic aesthetic shift that saw the new generation of modernist artists confront, battle, and ultimately displace their predecessors” (p. 15). Thus, the first two chapters, “The Silver Age and the Legacy of 1860” and “Serving the Beautiful”, explore the mainstream artistic ideologies of Russia that formed the intellectual foundation for those many individual artists and thinkers associated with the MPO. Much interesting information can be gleamed from this concise summary that looks at the changes and challenges Russian artists faced from 1840 to the first decade of the twentieth century.

The further chapters of the book detail most admirably the workings of the MPO, illuminating its daily artistic and operational processes from the many different angles that converge in production of an opera: the music, the musicians, actors, sets, rehearsals, costumes and more. In these the book truly takes on an important role in contributing to new knowledge about the workings of opera in Russia’s Silver Age which has to date been a scarcely touched topic (Lucinde Braun’s 1999 anthology being perhaps the only definitive scholarly work). All these details will change the way in which we look holistically at the art of this era. With such a wealth of information, it seems odd, however, that the choice was made to present only a select list of premieres and revivals. The illustrations include a generous allocation of photographs of opera characters and sets, which are fascinating and enhance our understanding. Comprehensibly, with constraints in academic publishing the paintings of sets are not in colour. Given the unique colour palettes developed by the pioneering Silver Age artists for these it is a shame not to have them included here.

Taking the book as a whole, personally, it is the concise introductory chapters about the aesthetics relevant to the MPO that I find rather too simplisticand perhaps would have been better if woven into the main narrative where clarification was needed. Haldey herself indicates within the heart of her book that the subtle divisions within groups of artists and thinkers apparently taking on similar aesthetic stances have already been misunderstood by scholars; such as “the glaring example of the respected American scholar Glenn Watkins” in relation to the common members of both the “Wanderers” and the Abramtsevo Circle (p. 75). To my mind, the definition of realism as naturalism, for instance, which she uses to separate Tolstoy from Dostoevsky and Diaghilev (p. 24) belittles the complexity that realism posed to artists of the era. Tolstoy’s transcendentalism and evolution of style meant that his realism was never as clear-cut as naturalism. Whilst he found issue in accepting beauty, it was the veneer of beauty (which he believed aristocratic artists and patrons glossed their works with to avoid the painful reality of artistic and physical suffering) that he rejected. His existentialist views, on the other hand, always looked to a certain beauty of spirit.

Alexander Blok, for instance, is mentioned only in passing (p. 111) despite being a pivotal figure in these aesthetic debates, and here as a mystic symbolist. Although Blok had difficulty with Dostoevsky’s views (defined by Haldey as one of the turning points from realism into the Silver Age, but it must also be remembered as a widely credited realist in certain intellectual circles of the time), he had spoken, like Tolstoy and contrary to Dostoevsky, of an artist’s necessity in expressing his epoch: realism argued through a subtly different guise. Defining the Silver Age, Haldey also brushes past implications of Russian Orthodoxy on national narratives that could potentially illuminate the pressing need to draw inspiration from French symbolism as they adopted the decadent mantle of “art for art’s sake”.

Despite these personal reservationswhich, if anything, have prompted me to think far more critically about my own understanding of this complex erathis is a valuable and long overdue work that enriches an ignored but greatly influential artistic enterprise drawn from the era’s greatest artistic figures, and sponsored and set together in dynamic collaborations by the ingenuity and tastes of Savva Mamontov. Especially in the West, this is now surely a name that will justly take a more central position for his role in shaping an era in future musicological discourses.

Konstantin Korovin, Sketch for the scenery of The Tale of Tsar Saltan (portada).