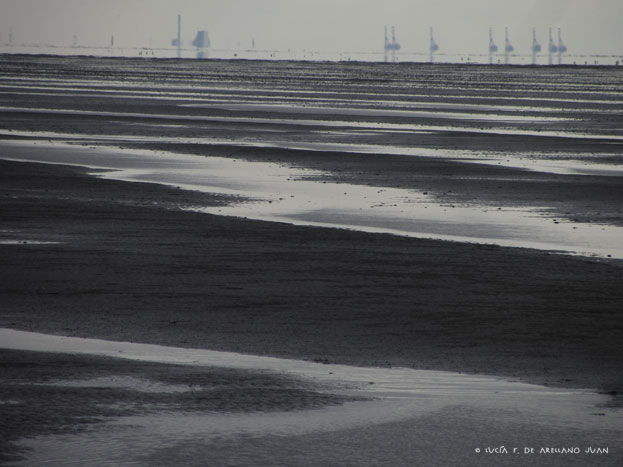 Angels Breath was a music project founded initially in 1985 in Yugoslavia by musicians Milan Mladenovic and Mitar Subotic-Suba and was realized with couple of concerts in Belgrade. After a short period, all the members continued to work individually or with their bands. In 1990 Mitar Subotic moved to Sao Paulo, Brazil, where he lived until 1999, when his music studio caught fire and he tragically lost his life.

During the spring of 1994, Milan Mladenovic went to São Paulo to join Subotic in order to reactivate the Angel’s Breath project, and record the material that had previously been written. Both of them, along with Brazilian musicians Fabio Golfetti (guitar), João Parahyba (percussion), Madalena (backing vocals), Marisa Orth (backing vocals), Taciana Barros (counselor supreme) recorded the album Angel’s Breath, released by Imago during the same year.

The album featured Subotic as the album producer and keyboard player and Mladenovic on lead vocals, guitar, harmonica and trumpet. The song lyrics were entirely written by Mladenovic with the exception of the opening track “Praia do ventu eternu”, written by Taciana Barros, and Mladenovic, Subotic, Fabio Golfetti and João Parahyba appear as music authors. Milan Mladenovic said the following about the project:

Concentrating in the music itself, the Serbian critic Petar Lukovic, in a review of the album said that Angel’s Breath is not a soft, easy going record, it demands attention, participation, it is an album which corresponds with the listener as much as the listener corresponds with itself. Lukovic concluded: “Such albums Serbian rock has never had, and, with the departure of Milan Mladenovic, I am afraid will never have [.] ” (Lukovic, 2012, www.e-novine.com).

Subotic entitled Angels Breath as Music of the fourth world. He said that the fact that this album was created mainly by four different individuals with different musical sensibilities and experiences was a challenge to create a common project. Overall it was a Brazilian project that met European and Brazilian musical influences, mixed in higher energy areas. All four different languages created a special fifth language, filled with music, without the typical press by any of the musicians who participated in the creation of this album. And since it blends all four musicians, Subotic, called the content of Angels Breath as music of the fourth world, not the music from the third world. (?????, 1999: 203).

At some point there was also an idea to change the name of the album because Angel’s Breath was an earlier idea of Milan and Suba, and then took a new concept with musicians from Brazil. Still they decided to go along with the original title because, through the angel name or through the breath of angel, they wanted to recreate man in a new world and a new experience. This project deals with the movement of awareness of the common spirit of Earth in its original form, as it existed before the breakup or destroying it. (?????, 1999: 204).

The album contains eleven songs. Titles and texts of the songs are written in Serbian, Spanish and English, while having their combination under certain songs like in the song “Assassino”. The musical influences mix within the style of the EKV band and Milan Mladenovic, Brazilian music, African music, ambient and contemporary music. The last musical styles mostly come from the creation of Suba. Songs like “40 Seconds of Love” and “Madalena” serve as a sort of brief interlude between other songs. Both vocal tracks are treated as an instrument by using vocals and other short syllables as ‘tu, tu, tu, tu, tu’. The stroke rhythm section dominates the songs “Praia do ventu eternu” and “Metak” (Bullet). The last song “Velvet” is among the slow pieces, compared to the other songs. It contains a spontaneous, creative blend of different musical styles. It starts with an ambient movement of the long chords of the electric keyboard. Gradually they add African melodic-rhythmic elements with ritual overtones, ending the song and album. The message is that we may need to think and respect musical cultures of all nations and the true values, regardless of which part of the world come.

In the “Crv” (Worm) song, Mladenovic criticizes people responsible for the negative things that happen in the territory of former Yugoslavia in the nineties. Music and textual content of “Crv” (Worm), goes back the period of EKV album Dum Dum. The song lyrics are about the blind, deaf and selfish people that make noise without order and sense. Similar content can also been seen in “Metak” (Bullet). The track begins with the theme of the city that could be Belgrade, or another city in another part of the world, city that ate the heart and drunk blood.Next, in “Metak” comes the content in which Mladenovic expresses its affiliation not identifying himself with specific nationality, but rather he feeling as a citizen of the world in Belgrade or in Sao Paulo. The traveling could last forever while riding with destiny, he will not be shot, he is a child of the planet, he feels great while he sleeps under the bridge while eating trash from container, he is a citizen of the world. Rapid rhythmic pulse of drum section is replaced with the vocal line by Mladenovic which shows the aforementioned content.

The song “Ogledalo” (Mirror) begins in a calm atmosphere with the sound of an accordion, energetic voice of Mladenovic, then the content of the text and sound effects by electric keyboard remind us of the last two or three albums of EKV, like Neko nas posmatra (Someone is watching us) or Dum Dum. Questions that are posed in “Ogledalo” (Mirror) of who he is, which city belongs, tells everyone to be its own and be strong, reliable answers are found not only in song “Metak” but also in the last song “Velvet” which despite being an instrumental composition complements the textual aspect of compositions written mostly by Milan Mladenovic.

In the songs “Caura” and “Courage III”, the vocal of Milan Mladenovic is new, fresh, because he neither sings or speaks, he whispers. These songs have very short texts (“Caura”, “Courage III”) but as in the first song that opens the album, “Praia do ventu eternu”, in the track “Caura” Milan, whispering, tells to us to dream and sleep peacefully, while in “Courage III” his vocals are complemented by experimental sounds and long chords of electric keyboard that create ambient atmosphere.

The main feature of the album’s music is the creative blend of different musical styles that can be found in a couple of album songs. The main examples could be: “Velvet”, “Crv” (Worm), “Metak” (Bullet), “Ogledalo” (Mirror). The link of rock music, world music, ambient and experimental music on this album is created with expressive intensity which cannot be heard often on other albums, even if they have a mix of different musical styles. All players participating in this album contribute to productive results but it is concluded with the production work of Suba.

1 Rhythm is the oldest component of the music, the oldest art, is the basis of this project, and through him swim and sounds of Balkan ethnicities, from a place that is now the focal point of the primordial struggle between good and evil in people. This album represents a continuation of my work in fighting against primitivism in today’s culture, which had taken its toll mostly due to the ruthless political power games, causing an overall departure from the spiritual. (?????, 1999: 203).