Tale of a research colloquium in Hull 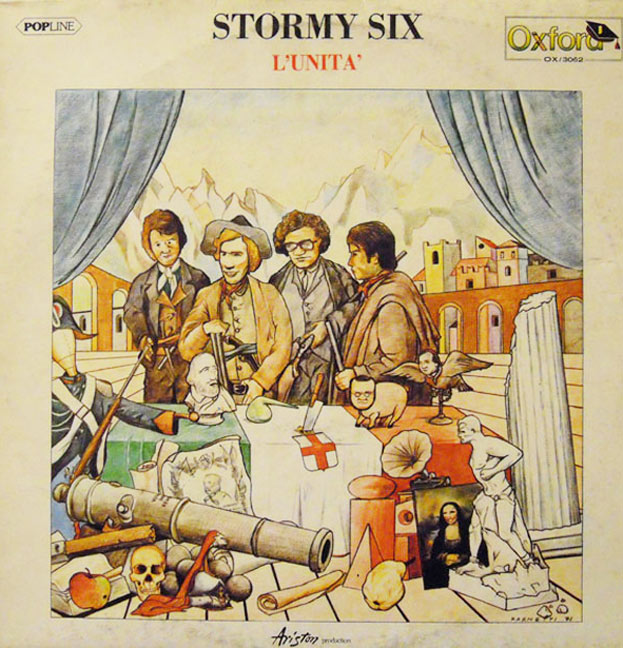 The Research Networking Colloquium “Current Trends in Italian Popular Music Studies”, organised by Rachel Haworth, was held in at the WISE Institute, University of Hull, on 18-19 March 2015. Let me clarify one fundamental thing before I start: the Colloquium was absolutely great, full of interesting papers and very well organised. I needed to make this clear in advance, because I would like to open with a negative comment, which is not really directed at the event itself, but rather at a general tendency that is diffused in academia and that, in this particular occasion, made us reach a rather paradoxical situation.

A few months ago, I wrote about an event in Valencia where delegates interacted in various languages, often within the same conversation, making it hard to single out a dominant conference language. Now then, the Italian Popular Music Colloquium in Hull was the opposite: the first day was entirely dominated by the English language  except for a single presentation plus Q&A and another Q&A session, both of which happened in Italian  despite the fact that the event was declaredly bilingual and that all the delegates were fluent Italian speakers, with a vast majority of native speakers among them. Not that I am blaming the custom of writing and disseminating research in English, as this happens to be the best way for scholars to maximise the impact of their work. Similarly, once one has written a paper in English, it is quite understandable that they will want to present it in the same language. But why did we then feel obliged to ask questions and answer them in English? Even when most of the materials referred to in the papers and a good portion of the terminology were in Italian (or in Italy’s regional languages)? And even when we found perfectly normal to continue the various debates in Italian during coffee breaks? Why could we not start the debates in Italian straight away, in the very conference room?

I am tempted here to blame the imperialism of the English language and deplore our silent agreement to conform to its use, as a social protocol necessary to underscore the official academic status of the event and instrumental to relegate Italian to the more informal and carnivalistic setting of the coffee breaks. This Bakhtinian “order vs. carnival” reading is certainly a possible one, but I believe there is more to our behaviour, and will clarify this later on.

The Colloquium opened with a session entirely dedicated to Fabrizio De André. The first paper, by Riccardo Orlandi, proposed an analysis of De André’s album Indiano centred on the political use of Sardinian identity as a means to reconfigure impegno within Italian politically committed art. Daniele Buenza followed with a quite brave and convincing contribution on the construction of De André’s role as cantautore impegnato as a by-product of late capitalist economic logic, in line with Frederic Jameson’s critique of postmodernism. Vera Vecchiarelli followed with her research on De Andrè’s handwritten notes on his collection of poetry books as evidence of his compositional process.

In his keynote address, Franco Fabbri illustrated the numerous problems encountered by Popular Music Studies in Italian academia, mainly connected to the structure of the national university system, that functions in a way to exclude several internationally recognised academic disciplines from the official selection of subject areas that count: in a nutshell, this means that scholars with a main interest in Popular Music Studies (or, similarly, in Cultural Studies or even Semiotics), that might have an outstanding research profile with publications in top journals and so forth, have no hope of ever getting an academic job in Italy. This is not only a massive problem for the myriads of talented Italian academics who have to migrate to find an academic job: it is a tragedy for all the students who are given the message that what is commonly understood as Popular Music is unworthy of attention in the halls of universities, in line with a rigid hierarchical organisation of knowledge. Two other prominent scholars who were at the conference, Philip Tagg and Goffredo Plastino, started a petition a few years ago urging the Italian Ministry of Education to review the system: apart from being repeatedly ignored by the Ministry, the petition (subscribed, at the moment, by 552 signatories from 45 different countries) also encountered the hostility of some Italian academics, described by Tagg as “the musicological and ethnomusicological gatekeepers of power inside the Italian university system” (Tagg, 2015). Not only, then, they got indifference, but also hostility, from pieces of a highly hierarchized state, an impassive colossus that conducts its own monologue on knowledge. Far from trying to commend British academia with its enormous problems, many of us at the Colloquium could not refrain from noting that, compared to the Italian system, the British one seems almost acceptable.

A Professor at the University of Turin and founding member of IASPM (International Association for the Study of Popular Music), Franco Fabbri is also known for his rock band Stormy Six, active especially between the mid-1960s and the early 1980s and distinguished for an uncompromising left-wing political militancy. Stormy Six’s 1972 album L’unità is among the very first examples of musical deconstruction of the myth of Italian Unification: Fabbri’s presence at the Colloquium was particularly significant for me, as my contribution focussed exactly on songs proposing a revisionism of the Unification. The song Pontelandolfo about the massacre committed on 14 August 1861 by the Italian army against the unarmed population of Pontelandolfo, has become a classic and has been rediscovered in the last few years in the context of the new revisionist ferments that have accompanied the celebrations for the 150th Anniversary of the Italian Unification. Fabbri told me that some time ago the people of a Pontelandolfese expat community in Canada contacted him to express their thankfulness: they gather every year to commemorate the 1861 massacre, and on these occasions a children choir sings Pontelandolfo  for many years, before finding out that the song had been written by Fabbri, they had been thinking it was a 19th century traditional song. This is exactly what happened with another classic of revisionist music, Musicanova’s Brigante se more, written by Eugenio Bennato and Carlo D’Angiò in 1979 and for many years passed on as a traditional song, not without occasional modifications to accommodate the content ideologically (Bennato, 2010). Now, this oblivion of the author, together with the spontaneous appropriation of the songs by the public, contribute to make both Brigante se more and Pontelandolfo legendary songs, capable of reconstructing, dignifying and reuniting the histories and aspirations of entire communities. Many other Stormy Six songs can be described in similar terms, and certainly Stalingrado (about the Battle of Stalingrad in 1942-1943) is among these  in a 2005 cover/rewriting of this work, 99 Posse’s lead singer ‘o Zulù states that “We don’t need new antifa songs” (this is also the title of the cover), as if to say that Stalingrado is the ultimate antifascist song, to the point that there is no need for new ones.

Coming back to the state monologue, the album L’unità was censored by the RAI (Italian Public Broadcasting Organisation), but also criticised over its content, along with Stalingrado, by the Movimento Studentesco, a youth left-wing extra-parliament political movement active in the 1960s and 1970s (Fabbri, 2004). The nation-state pontificates on knowledge and history through its established professors, through the state television, or even through radical extra-parliament movements. As Joseph Pugliese puts it, this monologue is symbolically embodied by the “state’s imposition of a hegemonic monolingualism” (2008: 10), with a pure and artificial Italian language imposed as national language. To some extent, then, it is possible to reinterpret our preference for English during the conference as a collective (if subconscious) disavowal of this national Italian monologue  by avoiding communication in Italian as much as possible we were excluding Italian official knowledge, with its distortions and omissions, from the dialogue. At the same time, we were using English (steering clear of its imperialistic legacy) as a neutral territory where to reconstruct and dignify an area of scholarly investigation that, as seen above, does not have a recognised place in Italian academia.

The afternoon session hosted Guglielmo Perfetti’s comparison between Gianni Milano’s literary work and Cantacronache’s songs between the late 1950s and the early 1960s, and a presentation by Elena Porciani on the representations of popular music in the fictional literature between 1955 and 1965. In the last session, Fruela Fernández presented on the reception of Franco Battiato in Spain, which shifted from mainstream to indie between the 1980s and the 2000s, and I contributed with my aforementioned work on the historical revisionism of the Italian Unification in Southern Italian songs between 2009 and 2014. Rachel Haworth closed the day with a very interesting paper on Mina’s Caroselli advertisements in 1965-1970, revealing the enormous deal of ambivalence constructed by Mina’s character in the intersection of various media and art forms.

Quite typically, I could not attend the second and last day of the Colloquium, and had to miss many other interesting papers and the keynote address on Neapolitan song by Goffredo Plastino, with whom I still managed to have a very interesting debate on neomelodica music and Kalafro’s song Briganti.

Many compliments to Rachel Haworth for organising such a dense and stimulating event, and symbolic thanks to Hull for providing a temporary shelter to the exiled Italian Popular Music Studies community.

Tagg, Philip. Negative reactions from some music academics inside the Italian system. 2014. <http://tagg.org/xpdfs/NegativeReactions1.pdf>.