Musicians and their Music in the Third Reich 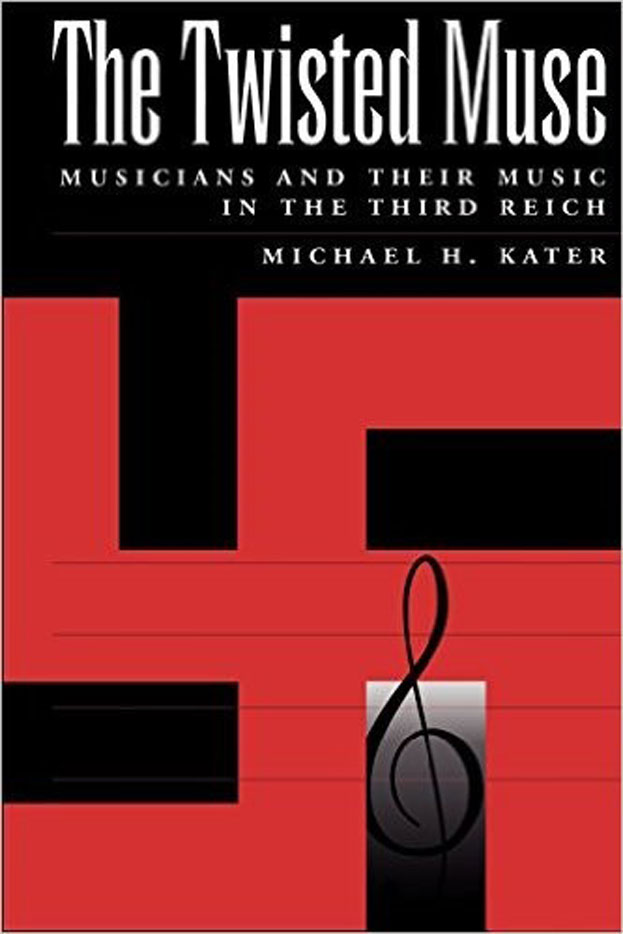 Music, war and politics is a social cycle that has taken a new form in the last century. During the Third Reich era, music had a primordial role to play in society daily life. Through its persuasive and attractive power, the Nazi party understood the importance that arts have to play as a propaganda tool towards the citizens.

Thanks to Michael H. Katers scientific studies as a research professor, we can better understand the historical events during the Third Reich dominance and its cultural status. The book of our interest is called The Twisted Muse: Musicians and their Music in the Third Reich.

The monograph is divided into five parts: firstly a discourse regarding music scenes during the Third Reich, secondly on music professionalism, thirdly concerning persecuted or exiled Jewish and anti-Nazi artists, fourthly speaking on the relation of music in German institutions and fifthly in search for a modern Nazi music.

The writer gives a summary relating music with Nazi society through Deutsch performers such as the clarinettist Valentin Grimm, the violinist Georg Kirchner, the cellist Friedrich Walther, the conductor Otto Klein and several others.

He represents the difficulty that musicians had to face in order to find job opportunities during the pre-Nazi period and the first years of Hitlers government. In other stance, the conductor Wilhelm Furtwängler was the undisputed champion in the Nazi society, revealing the huge wage rate the conductor used to earn. Katers work elucidates the influence that Goebbels had on music politics, where everything was centrifuged to the glorification of Germanic music. This presented a propaganda tool towards society in general and musicians in particular. Every artist found himself compelled to become a member of the Nazi party in order to enhance his music career. Composers were obliged to adapt their music to political themes promoting the Nazi ideology and performance and composition of music was largely controlled by the government. The investigator also enlightens how the power of Strauss, Pfitzner, and Furtwängler could influence the future professions of other performers.

The Hitler Youth was a primordial pillar to improve musical employment. Its chief of music, Wolfgang Stumme, described German music as an antidote to dangerous poison threatening the blood. We can also perceive an interesting analysis of Schönberg and Webern lifes and the stance towards the Nazi regime and vice versa.

To sum up, The Twisted Muse is a new approach towards music and politics. It represents the relationship between music and society and the ruling political force. We can understand better the blending of art and politics in policy making, the significance to possess artistic talent combined with loyalty to the regime and the ideas and perspectives of several important artists towards the Nazi ideology. The book is particularly interesting for researchers in the field of socio-political music and to readers with particular fascination to the Nazi epoch.