A review of Piano Lessons with Claudio Arrau 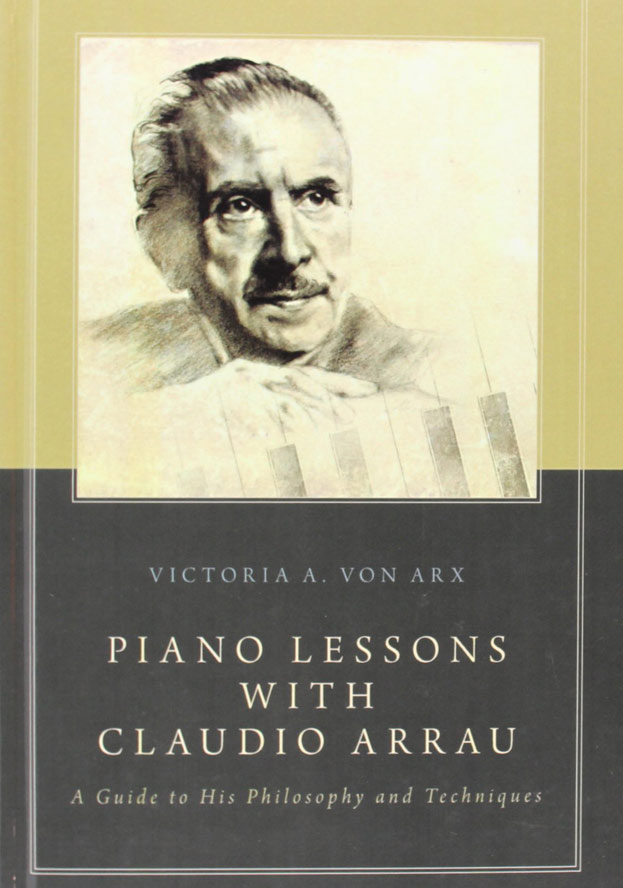 The Chilean pianist Claudio Arrau (1903  1991) was one of the most respected and successful pianists of the twentieth century. As a performer and pedagogue, his musical influence was staggering in its scope  in the last twenty years of his life alone, he averaged over one hundred and twenty concert appearances a season, and along with his assistants built up a substantial teaching practice. Arrau’s performing manner was rooted in a prodigious technique and he was famed for his beguiling approach to sound production. Although he was one of the most distinctive pianists of the twentieth century, he always maintained that he belonged to a legacy which he traced back to Ferenc Liszt.

With the current increased interest in musicological research into performance traditions and practice, there have been significant investigative projects in this field including the practice-based Chasing the Butterfly: Recreating Grieg’s 1903 Recording and Beyond bySigurd Slåttebrekk and Tony Harrison (Oslo: Simax, 2008), and the more ‘traditional’ written surveys including Beyond the Score and Glenn Gould: The Performer in the Work by Kevin Bazzana (New York: Oxford University Press, 1997). Victoria von Arx’s Piano Lessons with Claudio Arrau seeks to navigate an important territory in the current research by combining these two directions. Although Arrau’s celebrity had attracted many interviews and articles, there had not previously been a publication which offered a detailed interpretation of how his ideas and approach manifested themselves in his practice either on the concert platform or teaching studio. Unquestionably, von Arx’s own studies with pedagogues from the Arrau circle, as well as her own practice and extended investigation into Arrau’s legacy, have given her important insights on the life and work of Arrau which she is able to share through her book.

The initial chapters of Piano Lessons with Claudio Arrau set out the three core influences, identified by von Arx, in Arrau’s development and ideals: his professor Martin Krause, the Lisztian legacy, and the ‘free weight’ theories of piano technique of Rudolf Breithaupt. Although intended to provide a framework to understanding the different elements of Arrau’s practice, the first two chapters in particular provide a significant insight into the pedagogy of Ferenc Liszt. In order to accomplish this, von Arx draws extensively from evidence documented in Lina Ramann’s Liszt-Pädagogium (1901) referring to specific technical considerations suggested by Liszt for the interpretation of his repertoire.

Through this survey, von Arx aims to show that the crucial idea that Arrau assimilated from the Liszt legacy was the way in which he “consistently stressed the expressive, spiritual, and creative power of virtuosity while downplaying its sensational aspect” (p. 32). Von Arx explains to her readers that compared to Liszt “Arrau went further, approaching technique as a spiritual discipline. Arrau found in virtuosity both an enactment of and a metaphor for the existential human struggle and heroic triumph that lay at the heart of his relationship with music” (pp. 31-32). The tension between technique and virtuosity, as indicated by von Arx, is indeed a contentious issue which stretches back even further than Liszt. The divide between virtuosity for its own sake, and that for the sake of musical expression, is fraught with subjectivity. What for one listener may appear as empty showmanship could to another listener carry emotional strength in its rhetoric gesture.

However, in the core repertoire interpreted by Arrau, the more attempts are made to separate these two concepts, the more they seem to gravitate towards each other in demonstration of their inseparability. Furthermore, whilst Arrau is identified as seeking the spirituality of technique it is the ‘sensational’ aspects that he was so keen to explore for himself and with his students. This is demonstrated by von Arx’s finding that Arrau himself went to great lengths to investigate his own technique, including with the use of mirrors, especially in the years following his professor’s death (p. 18): “It all became conscious long after Krause died. [] I put a mirror next to my piano [] I began to notice the rotation, the vibration, the use of arm weight, and so on.” Thus, given Arrau’s strong identification with the ‘sensational’, physical aspects to playing the piano von Arx’s statements imploring the reader to understand Arrau’s technique as disinterested in anything other than the spiritual connection to the interpreted work is unnecessarily apologetic and defensive. In fact, as demonstrated in the rest of Piano Lessons with Claudio Arrau, it is his engagement with the physical aspects of playing rather than the philosophical that is ‘creative’ and ‘expressive’, and which distinguishes him from figures like Heinrich Neuhaus, for instance.

The core of Piano Lessons with Claudio Arrau meticulously charts the different elements of Arrau’s technique. Von Arx separates these according to his own terminology  the positioning of the hand and wrist, the minimal movement of the fingers from the knuckle, using the arm to drop or push away, ‘reciprocal vertical motion’, ‘vibration’, ‘rotation’ and ‘circular motion’. The strength of these investigations stems from the author’s evident training within the Arrau performance tradition. Not only does she guide the reader through Arrau’s performances as documented on video to reveal how each individual element of technique comes together to form his interpretation, but also draws on extensive interview material from Arrau’s students and assistants to give the reader an idea of how these concepts were taught in practice. What is particularly impressive is the way in which von Arx is able to broaden out her study with the inclusion of video and PowerPoint content to supplement the book. In the videos, von Arx demonstrates at the piano each type of technical element, drawing out the movements in exaggerated slow motion. This demonstration thus makes sure that even those pianists who adopt different solutions, as well as those who do not play professionally, are able to fully engage with Arrau’s principles, and ultimately experiment with them themselves. These video extracts focus on simple single notes or exercises which keep the message direct and simple. However, personally speaking, I feel it might have been exciting to allow for some demonstration of these techniques in repertoire alongside a version of how perhaps the passage might sound (in the same conditions: player, room, instrument) without adopting Arraus’s methods.

Piano Lessons with Claudio Arrau is driven by a desire to allow the reader to partake in the continuing and living legacy of the great pianist. The substantial appendix (pp. 207-576) documents (and translates) previously unpublished transcripts of Arrau’s lessons, making them available to musicians today as masterclass observers of sorts. Presented without substantial intervention, it allows readers to glimpse into the unfolding dynamics between teacher and student in the music studio  to appreciate Arrau’s perception, wit and pedagogical leadership. As remarked by von Arx, Arrau’s generosity as a teacher and genuine interest to share his pianistic ideals, lead to an ever expanding ‘group’ of followers which was constantly evolving and ‘reconstituting’. Now, Arrau’s followers ‘embrace pianists ranging from elementary to advanced (both professional and amateur)’ of at least three separate generations (p. 206).

Von Arx’s painstaking effort widens this group of followers even further. It arms musicologists and theorists with perceptive observations of how the physicality involved in playing the piano, across the standard repertoire, informs and creates our perceptions of an interpretation. Analysing hand motion, and the reasoning behind it, will surely lead to significant research contributions of how the sound and time parameters of music-making create the unique musical performances in concert and on record  influencing tempo choice, dynamic nuance, articulation and phrasing. Practicing pianists, amateurs, music students and pedagogues gain through this book a treatise which richly explains and demonstrates the main principles of Arrau’s technique, and identifies it in his own performances. Using these ingredients performers are empowered to critique their own practice and be inspired by the approach of one of the most important musicians of the last century. Yet, perhaps the most vital part of any continuing legacy is its potential to awaken within us new-found confidence and creative freedom whether or not we fundamentally agree with it. I think for many musicians Piano Lessons with Claudio Arrau will be their own mirror through which they will be encouraged to explore their own practice, understanding, ideals and visions, and ultimately better their own creative voice.